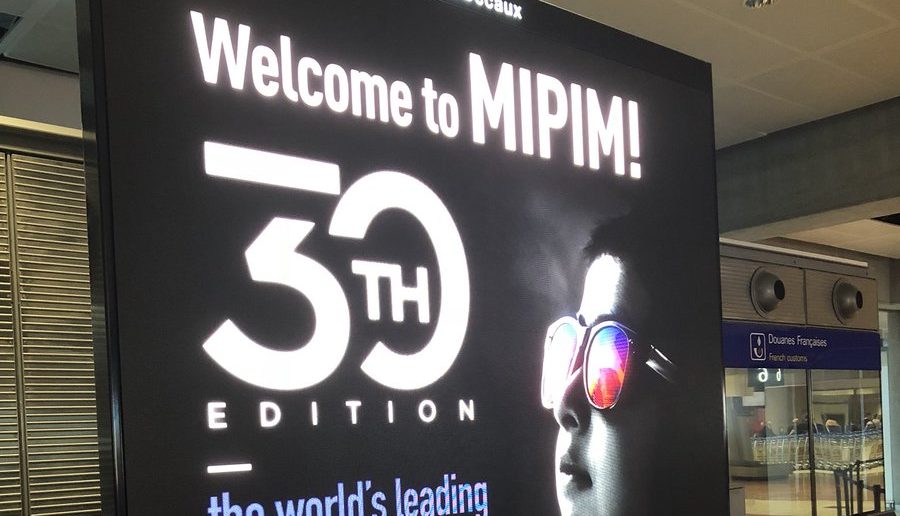 On Monday 11th March 2019, 6 of the Godwin Development team flew out to sunny Cannes for the Annual MIPIM event. Now, in its 30th year, the property conference still attracts thousands of property professionals worldwide. Here is our account told by development Marketing Manager, Shivani Parmar:

Tuesday 12thMarch is when it all kicked off. The sea of navy suits descended onto the croisette, yes you had view of the odd female but due to the high percentage of men in the property and construction industries you really got a feel here.

I was out with 5 delegates from the development team. Bright eyed and ready for a full day of meetings, networking opportunities and panel discussions. As the morning went on, we all dispersed into our respective meetings, I found myself walking to meet the familiar faces I knew down in the Midlands pavilion.

By 3pm the event was in full swing, I had listened to the presentation by mayor of the West Midlands Andy Street, where he discussed the future growth, stability and delivery of the ongoing projects in the West Midlands.

Birmingham, where Godwin HQ is situated, is a key factor in why we support the Midlands, as we look out to the cityscape, we can see the positive development and regeneration within the city, many projects rivalling those international projects.

As the sun set on a beautiful day in Cannes, it was time for Team Nottingham to shine. As supporters of the region, we attended their dinner, which was an informal networking event which gave sponsors and their guests opportunity to network with all.

A special surprise a performance by the Nottingham Hot Property band commenced. With guitars and drums in tow and not forgetting their Forest Football T Shirts! (It wouldn’t be a Nottingham event if they didn’t make an appearance).

With the first day over, MIPIM was in full flow. The rosé and beers were out of everyone’s system and the meetings and discussions were to begin once again.

My day started off at the Eden Hotel, where Derby had put on a breakfast event to showcase future projects in the city (the donuts on offer were also ones to rival even those Homer Simpson eats).

Godwin’s Build-to-Rent development, The Landmark, was mentioned in the main presentation as the construction of this will massively impact the economy of the city for years to come. John Forkin, MD of Marketing Derby reflected upon the strengths in Derby, particularly on how beneficial the city is to graduates securing jobs after university. With the likes of Rolls Royce, Bombardier and Toyota this is unlikely to change.

As evening went on, I had the pleasure of rg+p joining me for dinner, great conversation and company (the chocolate pudding was also delicious!)

Thursday was our final day at the conference, we started it by visiting McLaren construction who had put on a lovely brunch on their yacht. (That’s a sentence I never thought I’d be putting together).

The rest of the day was spent in the Midlands pavilion, with presentations from Estate’s Gazette, who highlighted the technological advances within the Midlands and what opportunities we have once we further embrace the digital age.

As sun set, we joined Team Leicester for their closing drinks, meeting with colleagues and peers, new and old, that we had met throughout the week. Finally, closing the evening with the whole team to reflect on what a week we had had.

As we made our way to the airport on Friday our spirits were high, albeit tired, we had made some great connections and are eager to see what the rest of 2019 has in store.

Until next time Cannes,