Godwin Gets Green Light for Flagship BTR Development in Derby 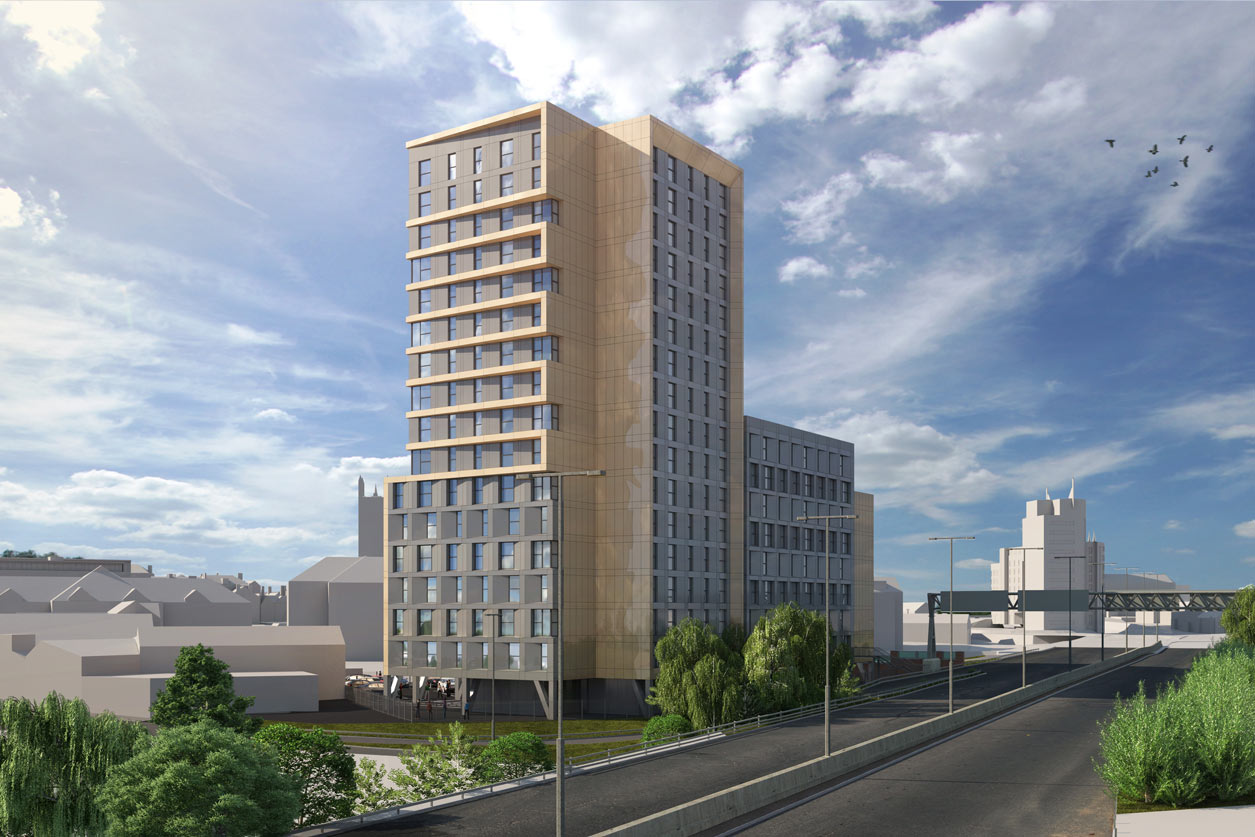 The UK property developer, Godwin Developments, submitted plans to transform the site in Phoenix Street, Derby, into 201 BTR apartments, designed to match the growing interest in the sector from both investors and residents. The scheme, called The Landmark and situated at the heart of the city, will consist of a mix of one-and two-bedroom apartments and include a range of resident amenities such as a gym, concierge, lounge, guest suite and coffee area in addition to 47 car parking spaces and provision for 36 bicycles.

The development will deliver high-quality rental stock to cater to the needs of a growing cohort of professionals and graduates in the area while supporting the wider Derby regeneration plans announced yesterday by the Derby Economic Recovery Task Force. The development will inject £68 million into the city’s economy, enhance the city centre and help to grow the reputation of Derby as one of UK’s key national business and investment hubs.

The decision, which was supported by the majority of councillors, will also see the creation of 900 temporary construction jobs over a two-year period and around 10 to 15 permanent roles once complete.

Stephen Pratt, group land director at Godwin Developments, said: “We are absolutely delighted that Derby City Council approved once again our proposals for The Landmark – in a huge vote of confidence for the city and its ambition for the future.

“We are passionate promoters of Derby and its potential to reinvent itself through attracting additional employment and strengthening its city centre. Our scheme – The Landmark – will be a fantastic extension to Derby’s Future High Street bid and will bring additional investment, jobs and desirable city living into the heart of Derby, while also improving the public realm and flood defences.”

“We would like to thank the members of the planning committee for recognising and affirming once again the substantial economic, social and environmental benefits this scheme will bring to the city. We are also extremely grateful to the support and encouragement we received in the planning process by a number of local stakeholders – businesses, the local community, local heritage experts Lathams, Marketing Derby, and many more.”

John Forkin, managing director of Marketing Derby said: “Marketing Derby is delighted that councillors have voted to support the development of The Landmark in Derby. As an organisation, we have supported the developer and their plans every step of the way. Derby will now get the investment and profile it deserves with this ambitious and high-quality development.”

Planning approval for The Landmark follows recent announcements by Godwin Developments of a major mixed used scheme in the centre of Stafford and a residential development in a gateway location in Sheffield city centre, strengthening the business’ wider portfolio of commercial, residential and industrial property assets in key national locations.